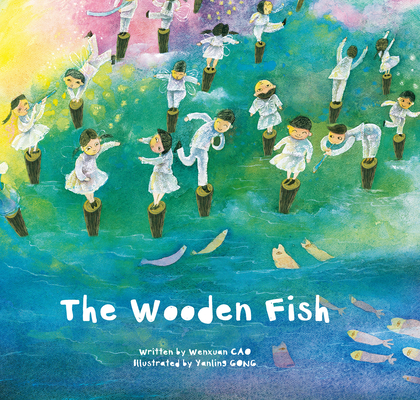 In the middle of a great big river, there stands a single wooden post. It is a seemingly useless piece of wood, because the lone post cannot form a bridge by itself. Day after day, the wooden post longs to have friends and to be free. Instead, it is rooted to the riverbed and forced to watch each time its newfound friends leave him. Its days are brightened when a shepherd boy sits by the riverbank, keeping it company. When danger befalls its new friend, will the wooden post be able to help despite being stuck in one spot?

Wenxuan Cao is a professor of Chinese literature at Peking University in China. In 2016, he became the first Chinese author to receive the Hans Christian Andersen Award. His work has been translated into English, French, German, Japanese, Korean, and more. Yanling Gong was born in 1973 in Nanjing, China. Since she created her first children’s picture book in 2004, she has illustrated many others—one of which was shortlisted at the 2015 Biennial of Illustrations Bratislava.
Loading...
or
Not Currently Available for Direct Purchase