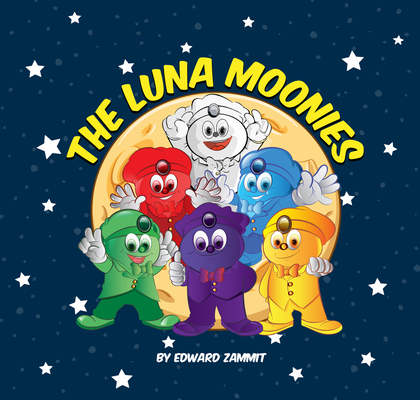 The Luna Moonies were founded by a Toy inventor of 25 years Edward Zammit. Edward has toys and games selling in the USA. Edward wrote and published some children’s books called the Luna Moonies which are Celestial characters that live in a Mystical world on the moon.

The Luna Moonies are colorful characters from the Moon, that love to sing and dance accompanied by Astronaut Annie and Comet who entertain with live music and songs for kids of all ages.

The Luna Moonies is a five-member band. This new "rising star", kids singing group is the brain child of Edward Zammit who started his career as a carpenter.

This skill then evolved into making toys, inventing games and then writing children's stories to bring those toys to life. The Luna Moonies band are his latest creation and they are  appearing and performing to crowds as big as 12,000, happy, dancing, laughing children with parents in tow.

And with over 6 books and 8 songs recorded to their name, they are the next "rising stars" in the kids music industry. Move over "Wiggles" another 'fun' group is heading for the music charts.