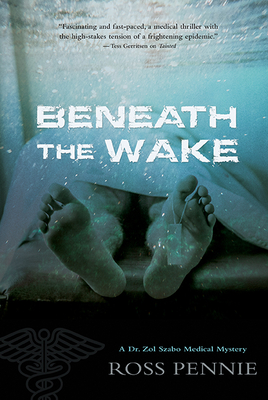 The eagerly anticipated fourth medical thriller in the award-winning series Epidemic investigator Dr. Zol Szabo hopes an extended cruise on the Indian Ocean with his girlfriend and his son will salve the wounds of the rough times they've been weathering at home. As they set sail coddled in unaccustomed luxury on the Coral Dynasty, things below deck are a little less sunny for the ship's physician. Dr. Noah Ferguson reckons that bandaging the wounds of the crew's seedy missteps is just part of a job that comes with a fair share of loneliness, but he's increasingly frustrated that the most rewarding aspect of his practice must remain unspoken. When a mysterious microbe cuts a lethal swath through the crew's quarters, Noah enlists a reluctant Zol, who must put his vacation on hold to investigate the illness before it consumes everyone on board. As the body count climbs, it becomes apparent that everybody carries a secret in international waters. Miles from land, the captain makes the rules, and anything inconvenient gets tossed overboard to disappear beneath the wake.

As a specialist in infectious diseases worldwide, Ross Pennie has treated multifarious patients battling every germ imaginable, from drug-resistant malaria in Papua New Guinea to flesh-eating Streptococcus in Ontario's Golden Horseshoe. His first two Zol Szabo mysteries, Tainted and Tampered, won the Arts Hamilton Literary Award for fiction. The third, Up in Smoke, stirred the RCMP into investigating the trade in contraband tobacco in eastern Canada. He is the father of two adult children and lives with his wife in southern Ontario.
Loading...
or
Not Currently Available for Direct Purchase