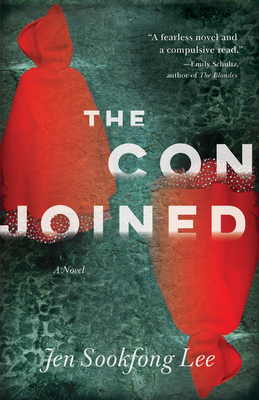 Longlisted for the 2018 International Dublin Literary Award A masterful and gripping novel from "an undeniably talented writer" -- Globe and Mail On a sunny May morning, social worker Jessica Campbell sorts through her mother's belongings after her recent funeral. In the basement, she makes a shocking discovery -- two dead girls curled into the bottom of her mother's chest freezers. She remembers a pair of foster children who lived with the family in 1988: Casey and Jamie Cheng -- troubled, beautiful, and wild teenaged sisters from Vancouver's Chinatown. After six weeks, they disappeared; social workers, police officers, and Jessica herself assumed they had run away. As Jessica learns more about Casey, Jamie, and their troubled immigrant Chinese parents, she also unearths dark stories about Donna, whom she had always thought of as the perfect mother. The complicated truths she uncovers force her to take stock of own life. Moving between present and past, this riveting novel unflinchingly examines the myth of social heroism and traces the often-hidden fractures that divide our diverse cities.

Jen Sookfong Lee was born and raised on Vancouver's East Side, where she now lives with her son. Her books include The Better Mother, a finalist for the City of Vancouver Book Award, The End of East, and Shelter. A popular radio personality, Jen was the voice behind CBC Radio One's weekly writing column, Westcoast Words, for three years, appears regularly as a contributor on The Next Chapter, and is a frequent co-host of the Studio One Book Club. Jen teaches writing in the continuing studies departments at both Simon Fraser University and the University of British Columbia.