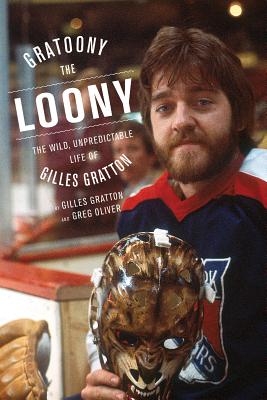 One of hockey's most colourful characters, from hockey's most colourful era, tells all Gilles Gratton was not a typical pro hockey player. He refused to don his equipment and man his net if the planets were not properly aligned. He skated naked at practice. He created one of hockey's most famous goalie masks based on his astrological sign. He fought with coaches and management, speaking his mind to his detriment. Sex, drugs, and rock 'n' roll ruled his life, not stopping pucks. Truthfully? He never really wanted to be an NHL goaltender; he wanted to be Tibetan monk. And so, he quit hockey to seek enlightenment. Now, in his autobiography, Gratton teams up with author Greg Oliver to tell his wild and at times, yes, loony story: from his early days in Montreal, where his brother Norm Gratton became an NHL player, too; through his stints with the OHA's Oshawa Generals, the Ottawa Nationals and Toronto Toros of the rogue WHA, and the St. Louis Blues and New York Rangers in the NHL.

Gilles Gratton is a former goaltender who currently works with Classic Auctions, a historical hockey memorabilia auction house. He lives in Montreal with his wife, Anne, and teenaged children, William and Charlotte. Greg Oliver is the author of six hockey books, including the Globe and Mail bestselling Don't Call Me Goon, as well as Father Bauer and the Great Experiment. He lives in Toronto with his wife, Meredith, and son, Quinn.
Loading...
or
Not Currently Available for Direct Purchase