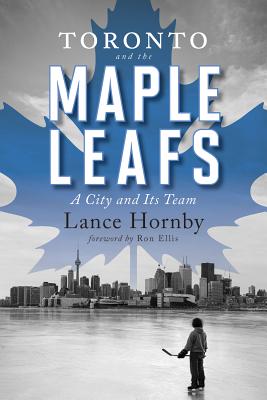 Toronto and the Maple Leafs

A City and Its Team

100 years of love, celebration, heartbreak, and even parades On December 19, 2017, the Toronto Maple Leafs officially turn 100. In the spirit of the centenary celebrations, Toronto and the Maple Leafs explores the city's relationship with its most beloved sports team. No matter how many times the Jays and Raptors make the playoffs, it's a Leafs game that still brings the city together on a cold Saturday night and fuels the talk shows all summer. But why are fans so absorbed by a team that has not won a Cup in 50 years? Veteran Leafs and NHL columnist Lance Hornby gives readers an insider's perspective on how the pulse of the city and team became one through two world wars, the Depression, the zany Harold Ballard years, and, until recently, dysfunctional hockey operations. Toronto and the Maple Leafs includes insights and stories from Mayor John Tory to Joe Fan; from influential voices of the Leafs, such as Foster Hewitt and Joe Bowen, to the ushers, cleaners, and ticket scalpers. Not to mention a funeral director who performs Leafs-themed services. An unforgettable book about the good teams, bad games, and bizarre times of this franchise's history, this is the perfect companion for every Leafs fan.

Lance Hornby has covered the Maple Leafs and the NHL for the Toronto Sun and Postmedia since 1986. Ron Ellis played for the Toronto Maple Leafs for 16 seasons, was a member of the team's last Cup-winning squad in 1967, and took part in the 1972 Summit Series. Both live in Toronto, Ontario.
Loading...
or support indie stores by buying on