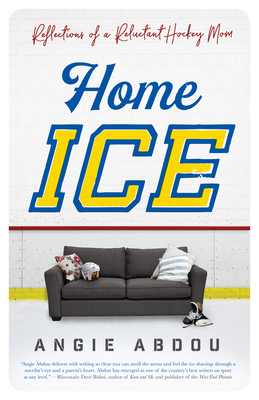 Reflections of a Reluctant Hockey Mom

The author of the Canada Reads-nominated The Bone Cage tackles the ups and downs of amateur hockey, from a mother's point of view

Over 570,000 people are registered in Hockey Canada and over 600,000 in Hockey USA. It's a national obsession. But what does that really mean when your child wants to play on a team? As a former varsity athlete and university instructor teaching sport literature, novelist Angie Abdou is no stranger to sport obsession, but she finds herself conflicted when faced with the reality of the struggles, joys, and strains of having a child in amateur hockey. In Home Ice, with equal parts humour and anguish, Abdou charts a full season of life as an Atom-level hockey mom, from summer hockey camp to the end-of-season tournament. Her revealing stories and careful research on issues such as cost, gender bias, concussion, and family pressures offer a compellingly honest and complex insider's view of parenting today's young athlete in a competitive and high-pressure culture.

Angie Abdou is the author of five novels, including, most recently, In Case I Go, a finalist in the fiction category of the Banff Mountain Book Award, as well as named a best book of 2017 on lists by CBC Books and Rogers Writers' Trust. The Bone Cage was a CBC Canada Reads finalist, defended by NHL star Georges Laraque, and was awarded the 2011-12 MacEwan Book of the Year shortly after. Her novel Between was named a Best of 2014 book by PRISM Magazine, 49th Shelf, and The Vancouver Sun. Angie is Associate Professor of Creative Writing at Athabasca University.
or
Not Currently Available for Direct Purchase
Copyright © 2020 American Booksellers Association