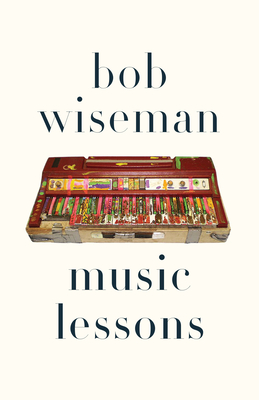 Bob Wiseman believes most things in life are universal or, as Lauryn Hill says, everything is everything. Bearing in mind that advice, Wiseman writes about finding the link between music and daily life, like what is common between Mary Margaret O'Hara, hiding around the corner with the lights turned off in order to record herself and his 5-year-old insisting he stop hurrying to her dance lesson and marvel at the fluff ball she is blowing toward the ceiling. Each entry is unique and compellingly written, but the themes throughout -- on improvisational music, life lessons, and conflict -- are ubiquitous.

Bob Wiseman likes having fun. He was on CNN lying about wanting to change his name to Prince; he played accordion on "If I Had a Million Dollars" by the Barenaked Ladies; he produced Kid in the Hall Bruce McCulloch's "Shame-Based Man"; he was the composer for The Drawer Boy, winner of the 2018 Best Feature Film at the Canadian Film Awards; and Odetta took his hands in hers and kissed them after hearing him play prepared piano at the Bitter End on Earth Day 2000. He was also a founding member of Blue Rodeo but quit in the early '90s when he no longer found it fun.
Loading...
or
Not Currently Available for Direct Purchase