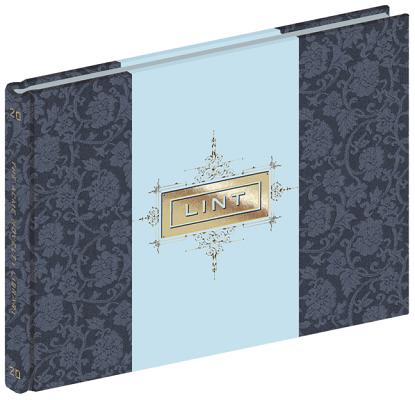 Jordan Wellington Lint, fifty-one, is chief executive officer of Lint Financial Products, a company he began serving in 1985 as assistant and adviser before working his way up its corporate ladder to record-setting innovation in the fields of finance and high-yield investment. In his seven years as the head of Lint, Jordan has grown the company from a business lender and real estate speculator to a leading provider of network financial infrastructure services, all the while positioning Lint as a model of corporate integrity and high-yield, low-risk product. Lint's vision has made him one of the most influential and widely sought-after leaders in the complex Omaha securities industry, and his fresh approach to an understanding of local problems, leadership, and determination have enabled Lint to outdistance and outpace its competitors.

Lint graduated from UNL in 1981 with a B.A. in business and briefly studied music and recording in Los Angeles before returning to his hometown of Omaha, Nebraska, where he has continued his life journey ever since. In his ongoing role as chief executive officer and his dual roles as public servant and father, Lint continues to put his creative leadership and vision to work in a variety of challenging settings. He is married and the father of two boys.

Cartoonist/designer Chris Ware is the author of Jimmy Corrigan: The Smartest Kid on Earth, Quimby the Mouse, and the ACME Novelty Datebook. Ware was born in 1967, two years before Frank King’s death.
Loading...
or
Not Currently Available for Direct Purchase