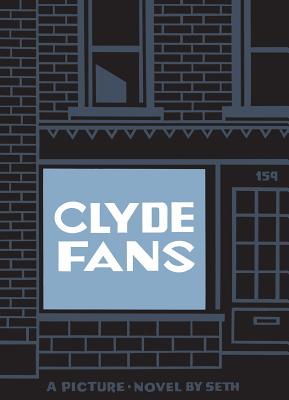 Appeared on 20 best of the year lists, including The New York Times, Washington Post, The Guardian, and more!

Seth is the cartoonist behind the comic book series Palookaville and Clyde Fans, the first graphic novel nominated for the Scotiabank Giller Prize. His comics have appeared in the New York Times Magazine, Best American Comics, and McSweeneys Quarterly. His illustrations have appeared in numerous publications including the cover of the New Yorker, the Walrus, and Canadian Notes & Queries. He is Lemony Snicket's partner for the series All the Wrong Questions. He designs several classic comics reprint series, notably collections of work by Charles Schulz, John Stanley, and Doug Wright.

He was the subject of a National Film Board documentary entitled Seth's Dominion. Seth lives in Guelph, Canada, with his wife Tania and two cats in a house he has named Inkwell's End.