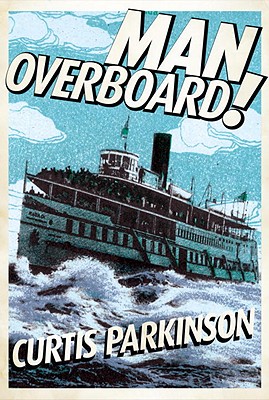 During World War II, a German agent landed in Canada from a U-boat. Curtis Parkinson has used this true historical event to tell a fast-paced, exciting story. Sixteen-year-old Scott and his friend Adam find summer jobs as deckhands on the Rapids Prince, a ship that plies the waters between the town of Prescott, on the St. Lawrence River, and Montreal. Scott overhears convincing information that a German agent is actually on board the boat. He has a good reason for not telling anybody, but his silence eventually leads him into more trouble than he can imagine, including a possible murder and a kidnapping. It is up to the boys to expose the agent in order to save the Rapids Prince and the innocent passengers on board. Curtis Parkinson has written an impossible-to-put-down novel that combines history with high adventure.

Curtis Parkinson grew up in Kingston, Ontario. After working as a chemical engineer for many years he moved to the Caribbean to live on a sailboat and write. Storm Blast, his first novel, is set in the Caribbean. His knowledge about sailing and the Great Lakes has been the basis for several of his highly acclaimed novels for young adults.
Loading...
or
Not Currently Available for Direct Purchase