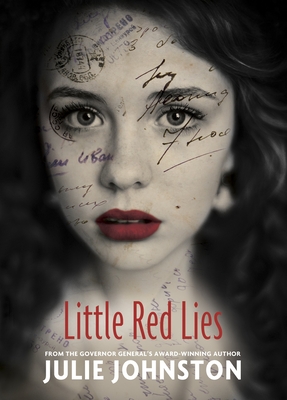 The war is over, but for thirteen-year-old Rachel, the battle has just begun. Putting childhood behind her, she knows what she wants - to prove she has acting talent worthy of the school drama club, and what she doesn't want - to romantically fall for someone completely inappropriate. Worries about her veteran brother's failing health and repugnance at her mother's unexpected and unwanted pregnancy drive her to seek solace from a seemingly sympathetic, but self-serving teacher. The lies she tells herself hoping to reach solutions to the problems complicating her life merely function to make matters worse. Ultimately, she finds a way to come to terms with life as it reaches an end and life as it begins.


“Filled with bumbling characters who achingly love each other, this coming-of-age tale rises above a crowded field to take readers on a moving journey of discovery.” - Starred Review, Kirkus Reviews


“.... Johnston gives equal weight to struggles major and trivial as she sensitively examines the painful process of rebuilding one’s life under the most difficult of circumstances.” - Publishers Weekly


“Johnston has crafted a beautifully written, low-key, yet emotional story of a family dealing with the return of a son at the close of war. Jamie is wracked with survivor’s guilt .... His letters to Rachel .... are painfully realistic, the antithesis of the glamour that teens too often assign to war ....” - Starred Review, Booklist


“Rachel’s down-to-earth, dry humour and ironic perspective on herself make this story sparkle with adolescent verve; at the same time, Johnston writes with emotional depth, compassion and poignancy of the very real losses that threaten Rachel and her family. Once again Johnston proves herself one of Canada’s outstanding writers for young adults—funny and serious, irreverent and moving.” - The Toronto Star

Julie Johnston's subtle and beautifully polished work has received numerous awards and honors throughout her career. Her first two novels, Hero of Lesser Causes and Adam and Eve and Pinch-Me, received the Governor General's Literary Award, and her subsequent two novels, The Only Outcast and In Spite of Killer Bees, were Governor General's Literary Award finalists. In 2003, Julie Johnston was presented with the Vicky Metcalf Award for her body of work and its contribution to literature for young people. Her most recent young adult books, Susanna's Quill and A Very Fine Line, were also critically acclaimed. Julie Johnston lives in Peterborough, Ontario. The author lives in Peterborough, Ontario.
Loading...
or
Not Currently Available for Direct Purchase