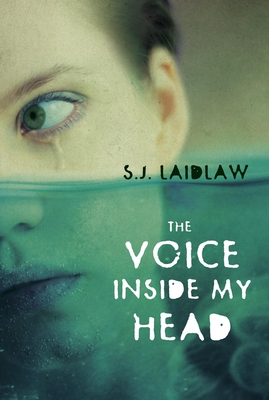 The Voice inside My Head

Seventeen-year-old Luke's older sister, Pat, has always been his moral compass, like a voice inside his head, every time he has a decision to make. So when Pat disappears on a tiny island off the coast of Honduras and the authorities claim she's drowned - despite the fact that they can't produce a body - Luke heads to Honduras to find her because he knows something the authorities don't. From the moment of her disappearance, Pat's voice has become real, guiding him to Utila, where she had accepted a summer internship to study whale sharks. Once there, he meets several characters who describe his sister as a very different girl from the one knows. Does someone have a motive for wanting her dead? Determined to get to the bottom of Pat's disappearance, Luke risks everything, including his own life, to find the answer.

Praise For The Voice inside My Head…

“A satisfying mystery peopled with characters readers will be happy they’ve come to know.”– Kirkus Reviews“The plot, offering abundant possibilities for Pat’s fate, will keep readers turning the pages. Laidlaw also does a good job depicting the island’s party scene without demonizing the idea of letting loose and having fun. What appear at first to be radical personality changes for Pat (or Tricia, as she is known on Utila) are the believable actions of a complex individual who is still finding herself.”
—Quill & Quire

Born in Philadelphia, S.J. LAIDLAW spent most of her childhood in Toronto. From an early age, she loved reading and writing stories. After completing an undergraduate degree in English, she ventured to Africa as a volunteer teacher. There she discovered that her students needed as much support and guidance outside the classroom as in it, so after three years, she returned to Canada to complete a graduate degree in clinical social work. Since then, she has worked as a counselor in many countries and has led workshops for parents and educators on raising and working with third-culture children. Her first book, An Infidel in Paradise, was published to much critical acclaim.
Loading...
or
Not Currently Available for Direct Purchase