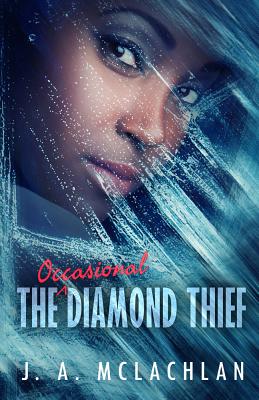 On his deathbed, Kia's father discloses a secret to her alone: a magnificent and unique diamond he has been hiding for years. Fearing he stole it, she too keeps it secret. She learns it comes from the distant colonized planet of Malem, where her father caught the illness that eventually killed him. Now she is even more convinced he stole it, as it is illegal for any off-worlder to possess a Malemese diamond.

When 16-yr-old Kia is training to be a translator, she is co-opted by a series of events into travelling as a translator to Malem. Using her skill in languages and another skill she picked up after her father's death, the skill of picking locks - she unravels the secret of the mysterious gem and learns what she must do to set things right: return the diamond to its original owner. But how will she find out who that is when no one can know that she, an off-worlder, has a Malemese diamond? And how can she bear to part with this last link to her father?

Kia is quirky, with an ironic sense of humour and a loner. Her sidekick, Agatha, is hopeless in languages and naive to the point of idiocy in Kia's opinion, but possesses the wisdom and compassion Kia needs.

J. A. McLachlan was born in Toronto, Canada. She is the author of a short story collection, CONNECTIONS, published by Pandora Press and two college textbooks on professional ethics, published by Pearson-Prentice Hall. But science fiction is her first love, a genre she has been reading all her life, and Walls of Wind is her first published science fiction novel. She is represented by Carrie Pestritto at Prospect Agency.
or
Not Currently Available for Direct Purchase
Copyright © 2020 American Booksellers Association