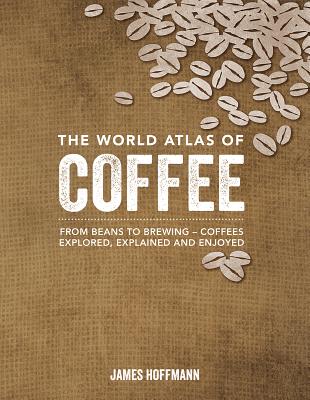 The World Atlas of Coffee

From Beans to Brewing -- Coffees Explored, Explained and Enjoyed

A beautiful world guide to the brown bean.

Taking the reader on a global tour of coffee-growing countries, The World Atlas of Coffee presents the bean in full-color photographs and concise, informative text. It shows the origins of coffee -- where it is grown, the people who grow it; and the cultures in which coffee is a way of life -- and the world of consumption -- processing, grades, the consumer and the modern culture of coffee.

Plants of the genus Coffea are cultivated in more than 70 countries but primarily in equatorial Latin America, Southeast Asia and Africa. For some countries, including Central African Republic, Colombia, Ethiopia, and Honduras, coffee is the number one export and critical to the economy.

Organized by continent and then further by country or region, The World Atlas of Coffee presents the brew in color spreads packed with information. They include:

The history of coffee generally and regionally The role of colonialism (for example, in Burundi under colonial rule of Belgium, coffee production was best described as coercive. Every peasant farmer had to cultivate at least 50 coffee trees near their home.) Map of growing regions and detail maps Charts explaining differences in growing regions within a country Inset boxes (For example, what is the Potato Defect? Is Cuban coffee legal in the United States?) The politics of coffee and the fair trade, organic and shade grown phenomena Beautiful color photographs taken in the field.

James Hoffmann is a coffee expert, author and the 2007 World Barista Champion. Along with a team of experts, he operates Square Mile Coffee Roasters, a multi-award-winning coffee roasting company based in East London, UK, which sources and imports coffee direct from growers, and roasts the beans on their premises. James also travels as a popular speaker about the coffee business. His website is www.jimseven.com.
or
Not Currently Available for Direct Purchase