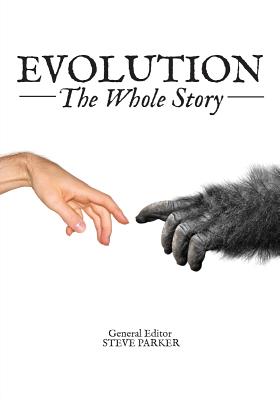 Evolution: The Whole Story provides an in-depth and up-to-the- minute account of evolution, one of the ultimate keystone theories in modern science. Ten esteemed experts thoroughly survey how each of Earth's major groups of living things diversified and evolved through time and using visual features that make the story comprehensible, the book gives readers, even those with no previous knowledge of the topic, a clear understanding of evolution and how it brought us to the present day.

Each of seven chapters takes one of Earth's major living groups and describes the evolution of its subgroups and how they diversified and evolved. The stories are fascinating. In some cases, a subgroup fell off the evolutionary chain, like the dinosaurs that were part of the Early Reptiles group, and which became extinct by the second extinction event. In other cases, a living subgroup may contain a life form virtually the same as its evolutionary ancestors, such as the horseshoe crab from the Invertebrates group, which is a "living fossil" closely related to prehistoric sea scorpions.

Along with profiles of the most important scientists that have influenced evolutionary theory, the book reveals how these advances have added to and often changed the story. For example, the now-extinct Pederpes, formerly thought to be a fish, was restudied and reclassified in 2002 and is now known to be the first four-limbed vertebrate to evolve to a life on land.

Evolution: The Whole Story makes the story of evolution comprehensible, straightforward and stimulating. The introduction provides an important overview. It includes:

Having laid the base for readers, the story begins. Important features include:

The 160 Key Focus features investigate topics that add color while they reveal important developments in evolution and its study. Examples are:

Evolutionary theorists, paleontologists, paleoecologists, molecular biologists, geneticists, climatologists, the occasional amateur fossil-hunter, and many more people, have contributed to our understanding of evolution. Their passion and work will continue to unravel the complex and challenging story, but in the meantime, Evolution: The Whole Story reveals the compelling evidence we have today.

This book is ideal for all general readers and anyone working in or interested in fields related to the study of evolution. It is an essential selection.

Steve Parker gained a BSc Honors First Class in Zoology and is a Senior Scientific Fellow of the Zoological Society of London. His passion for animals, plants, and life sciences such as ecology and ethology is reflected in the more than 300 books that he has written, contributed to, or acted as consultant for. They include The Encyclopedia of Sharks and as co-author Planet Ape, both published by Firefly Books. Alice Roberts is a clinical anatomist and Professor of Public Engagement in Science at the University of Birmingham. She has presented several BBC science series including The Incredible Human Journey, Origins of Us, Prehistoric Autopsy and Ice Age Giants. She writes a regular science column for The Observer, and has authored five popular science books.
Loading...
or support indie stores by buying on