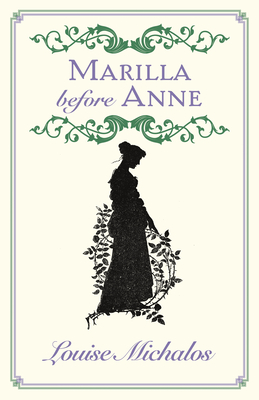 A heart-rending work of historical fiction telling the story of Marilla Cuthbert, long before Anne came to Green Gables farm.

Marilla Cuthbert was fifty-two years old when the plucky red-headed Anne Shirley came to live with her and her brother, Matthew, at Green Gables farm on Prince Edward Island. A seemingly cold and dour spinster, her heart eventually softens to the loveable orphan girl. But for over a century readers have wondered, who was Marilla before Anne?

In Louise Michalos's remarkable debut novel, readers are introduced to a spirited eighteen-year-old Marilla Cuthbert--a girl not unlike Anne herself--who is desperately in love, and whose whole life is spread before her. But when a moment of defiance brings life-changing consequences, a new Marilla begins to take shape, one who would learn to bear tragedy like a birthright, and loss as an inevitability, and who would hold steadfast to the secrets that could shatter the lives of everyone around her.

Weaving its way from Marilla's early life in Avonlea to her coming-of-age in Halifax, Nova Scotia, and back, Marilla Before Anne is the story readers of Anne of Green Gables have longed for. Told with a refreshingly original East Coast voice, this exquisite, heartbreaking work of historical fiction takes readers on a journey back in time, to the Green Gables where Marilla Cuthbert lived, loved, and learned, long before Anne.

Born in Musquodoboit Harbour and raised in Halifax, Louise Michalos brings an authentic voice to Marilla Cuthbert's story. The second youngest of a family of nine, whose mother was raised in a lighthouse and whose father was raised in a home that housed the post office, Louise's life was infused with the stories of love and loss that are held within small communities throughout Atlantic Canada. Louise currently lives in Bedford with her husband, Trifon. Marilla Before Anne is her first novel.
Loading...
or support indie stores by buying on