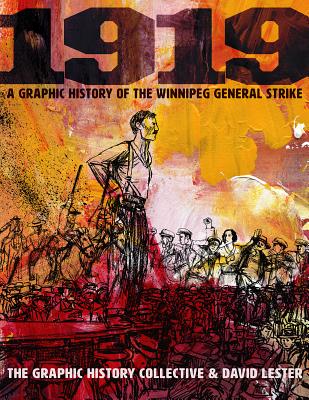 A Graphic History of the Winnipeg General Strike

After suffering the hardships and horrors of the First World War, workers and soldiers faced the agony of the post-war Canadian economy. With rising inflation, unprecedented unemployment, and an increasingly repressive state, the atmosphere was ripe for revolt. The Russian Czar had been overthrown just eighteen months ago and workers had revolution on their minds. On May 15, 1919 more than 30,000 workers in Winnipeg, Manitoba walked off the job and began a general strike that would last six weeks and change the course of Canadian history.

The strikers' demands began with higher wages, collective bargaining rights, and more power for working people. As sympathy strikes broke out and more workers joined the call, the Winnipeg Strike Committee became a de-facto government Like so many labour actions before and since, the strikers were met with a violent end . On "Bloody Saturday" the Royal North-West Mounted Police charged into the crowd, killing two workers and injuring dozens more.

One hundred years later, the Winnipeg General Strike continues to be a poignant reminder of the power of the state and capital over workers' lives and the brutal ends governments and bosses have and will use to crush workers' movements, and an inspirational example of the possibilities of class struggle and solidarity.