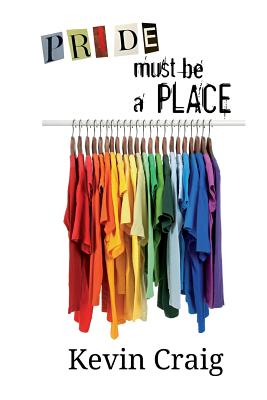 Pride Must Be a Place

Ezra Caine is gay. He's sort of out at school but not at home, where he fears the wrath of his father's bigotry. When Ezra's flamboyantly out friend Alex Mills takes one too many beatings from homophobic bully Will Severe, Ezra finally snaps. Fed up with the situation at school, he decides to do something about it. With the help of his BFF, Nettie, and some unlikely allies, Ezra rallies to create their small-town school's first gay-straight alliance. The Rainbow Alliance Club is formed. But the changes don't come without hiccups, one of which being a messy scandal involving Alex and a gay hook-up app. As Ezra and his friends attempt to sway their school into an alliance of tolerance and acceptance, Ezra experiences a few surprises of his own on the home-front. He also learns the hard way that friendships out of convenience aren't always a good idea, just as some enemies might not be as bad as he originally imagined them to be.

Kevin Craig is the author of young adult novels and adult-themed coming-of-age novels featuring young narrators. His previous titles are; Summer on Fire, Sebastian's Poet, The Reasons, Burn Baby Burn Baby, and, Half Dead & Fully Broken. Kevin lives in Toronto, Canada. His poetry, fiction, and memoir have been published internationally. Kevin is also a playwright. He has had twelve short plays produced. Kevin is a member of the Writers' Community of Durham Region and has twice served on their Board of Directors. He was also a founding member on the Board of Directors for the Ontario Writers' Conference. Kevin is represented by Stacey Donaghy of Donaghy Literary Group.
Loading...
or support indie stores by buying on
(This book is on backorder)