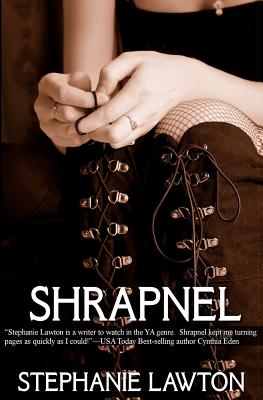 It's been six years since Dylanie and her family visited a Civil War site and the place came alive with cannon fire. Problem was, no one could hear it but her. Now she's sixteen, her dad's moved out, her mom's come out of the closet and Dylan's got a spot on Paranormal Teen, a reality TV show filming at historic Oakleigh Mansion. She'll spend a weekend with two other psychic teens-Jake and Ashley-learning how to control her abilities. None of them realized how much their emotional baggage would put them at the mercy of Oakleigh's resident spirits, or that they'd find themselves pawns in the 150-year-old battle for the South's legendary Confederate gold. Each must conquer their personal ghosts to face down Jackson, a seductive spirit who will do anything to protect the gold's current location and avenge a heinous attack that destroyed his family.

After collecting a couple English degrees in the Midwest, Stephanie Lawton suddenly awoke in the deepest reaches of the Deep South. Culture shock inspired her to write about Mobile, Alabama, her adopted city, and all the ways Southern culture, history and attitudes seduce the unsuspecting. A lover of all things gothic, she can often be spotted photographing old cemeteries, historic buildings and, ironically, the beautiful beaches of the Gulf Coast. She also has a tendency to psychoanalyze people, which comes in handy when creating character profiles.
Loading...
or
Not Currently Available for Direct Purchase