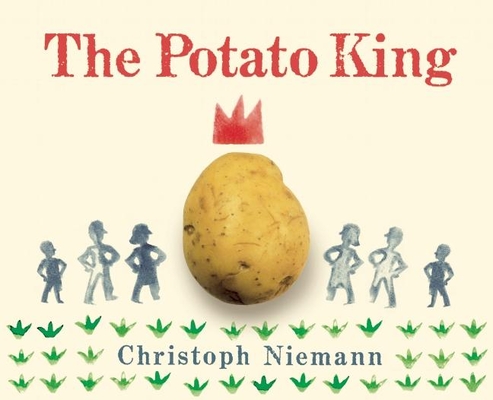 Once upon a time there was a Prussian King, Frederick, also known as Fritz, who saw potential in the lowly potato -- a newly introduced crop from South America -- and decided to plant it for his people. However, it quickly became clear that his subjects didn't like being told what to eat. Determined to see the potato thrive, Fritz cleverly used reverse psychology to pique his people's curiosity and make the crop popular, and the potato has flourished ever since. Potato-stamp illustrations throughout are simple and effective, exhibiting Niemann's trademark wit and playfulness. The book includes a short informational note on the historical background to the story. Readers will be interested to discover how one of today's most common foods likely rose to popularity and may also be inspired by the king's creative problem solving.

Christoph Niemann is an award-winning and prolific illustrator, artist and author. He creates the "Abstract Sunday" column in the New York Times Magazine (formerly known as "Abstract City" on the NYT blog) and has done work for Wired, TIME, Google, Amtrak and the Museum of Modern Art. He lives in Berlin, Germany, with his wife.
Loading...
or
Not Currently Available for Direct Purchase