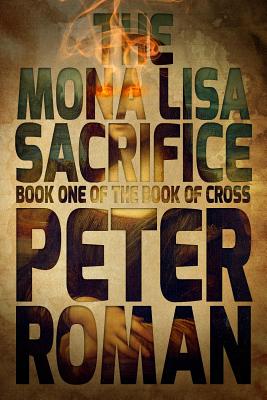 Book One of the Book of Cross

For thousands of years, Cross has wandered the earth, a mortal soul trapped in the undying body left behind by Christ. He's been a thief, a con man, a soldier and a drunkard. He's fought as a slave in the Colosseum and as a knight at King Arthur's side. But now he must play the part of reluctant hero, as an angel comes to him for help finding the Mona Lisa--the real Mona Lisa that inspired the painting. Cross's quest takes him into a secret world within our own, populated by characters just as strange and wondrous as he is: gorgons and dead gods hidden away in museums; faeries that live in countryside pubs, trapping and enslaving unwary travellers; and super-rich collectors who trade magical artifacts among themselves. He's haunted by memories of Penelope, the only woman he truly loved, and he wants to avenge her death at the hands of his ancient enemy, Judas, a forgotten god from an ancient time. The angel promises to deliver Judas to Cross, but nothing is ever what it seems when Judas is involved, and when a group of renegade angels looking for a new holy war show up, things truly go to hell.

PETER ROMAN is the alter ego of Peter Darbyshire, a well known Canadian writer. He is the author of the novels The Warhol Gang and Please, which won Canada's ReLit Award for best alternative novel. He's also published stories in numerous journals and anthologies, including Beneath Ceaseless Skies, Tesseracts, Heroic Fantasy Quarterly, Abyss & Apex and On Spec. He currently lives in Vancouver, where there are no angels.
or
Not Currently Available for Direct Purchase
Copyright © 2020 American Booksellers Association