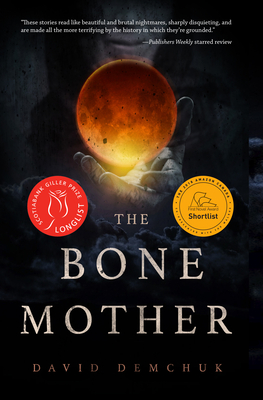 LONG-LISTED FOR THE 2017 SCOTIABANK GILLER PRIZE

FINALIST FOR THE 2017 SHIRLEY JACKSON AWARD

LONG-LISTED FOR THE 2018 TORONTO BOOK AWARDS

Three neighbouring villages on the Ukrainian/Romanian border are the final refuge for the last of the mythical creatures of Eastern Europe. Now, on the eve of the war that may eradicate their kind--and with the ruthless Night Police descending upon their sanctuary--they tell their stories and confront their destinies:

The Rusalka, the beautiful vengeful water spirit who lives in lakes and ponds and lures men and children to their deaths; The Vovkulaka, who changes from her human form into that of a wolf and hides with her kind deep in the densest forests; The Strigoi, a revenant who feasts on blood and twists the minds of those who love, serve and shelter him; The Dvoynik, an apparition that impersonates its victim and draws him into a web of evil in order to free itself; And the Bone Mother, a skeletal crone with iron teeth who lurks in her house in the heart of the woods, and cooks and eats those who fail her vexing challenges.

Eerie and unsettling like the best fairy tales, these incisor-sharp portraits of ghosts, witches, sirens, and seers--and the mortals who live at their side and in their thrall--will chill your marrow and tear at your heart.

"Demchuk gracefully pieces together a dark and shining mosaic of a story with unforgettable imagery and elegant, evocative prose. These stories read like beautiful and brutal nightmares, sharply disquieting, and are made all the more terrifying by the history in which they're grounded."
--Publishers Weekly (STARRED REVIEW)

David Demchuk was born and raised in Winnipeg and now lives in Toronto. He has been writing for theatre, film, television, radio and other media for more than thirty years. His publications include the short-fiction cycle Seven Dreams and the Lewis Carroll adaptation Alice in Cyberspace, and appearances in the anthologies Making, Out!, Outspoken and Canadian Brash. His reviews, essays, interviews and columns have appeared in such magazines as Toronto Life, Xtra, What! Magazine, and Prairie Fire, as well as the Toronto Star. Most recently he has been a contributing writer for the digital magazine Torontoist. The Bone Mother is his first novel. It was recently long-listed for the prestigious Scotiabank Giller Prize, as well as shortlisted for the Amazon Canada First Novel Award, and is a finalist for the Shirley Jackson Award.
Loading...
or
Not Currently Available for Direct Purchase