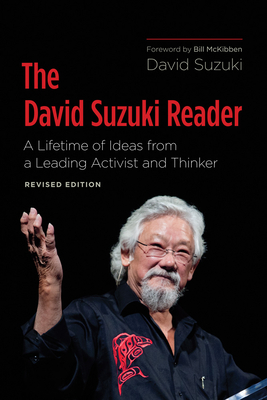 A Lifetime of Ideas from a Leading Activist and Thinker

In this revised and expanded edition of his collected writings, David Suzuki continues to explore the themes that have informed his work for more than four decades -- the interconnectedness of all things, our misguided elevation of economics above all else, the urgent need to deal with climate change -- but with an increased emphasis on solutions to the myriad problems we face, his inspiring vision for the future, and the legacy he hopes to leave behind. There is also more emphasis on the personal, as he recounts episodes from his childhood and early adulthood and speaks eloquently about old age, death, and the abiding role of nature and family in his life. Written with clarity, passion, and wisdom, this book is essential for anyone who is an admirer of David Suzuki, who wants to understand what science can and can't do, or who wants to make a difference.

Published in Partnership with the David Suzuki Institute.

David Suzuki is an internationally renowned geneticist and environmentalist and a recipient of UNESCO's Kalinga Prize for the Popularization of Science and the 2009 Right Livelihood Award. Host of the long-running CBC television program The Nature of Things, he is also the author of more than 50 books. He lives in Vancouver. Bill McKibben is the author of a dozen books about the environment and a founder of the grassroots climate campaign 350.org. Time called him "the planet's best green journalist" and the Boston Globe said in 2010 that he was "probably the country's most important environmentalist. "His most recent book is Oil and Honey: The Education of An Unlikely Activist. He lives in Ripton, VT.
or
Not Currently Available for Direct Purchase
Copyright © 2020 American Booksellers Association