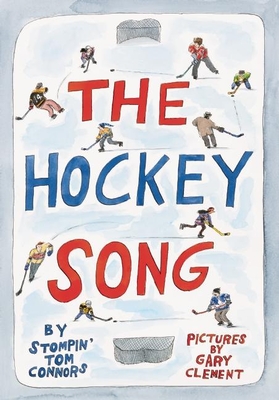 As Stompin' Tom Connors sings, "It's the good old hockey game, the best game you can name." And in this charmingly illustrated book for all ages, the classic song played at hockey games around the world is imagined as a shinny game on an outdoor rink in the middle of the city that starts with two players and soon grows to include the whole community. "The puck is in The hometown wins The good ol' hockey game.

Charles Thomas "Stompin' Tom" Connors crisscrossed Canada singing songs he had written about its workers, sailors, farmers, working women and other humble people becoming one of the most successful musicians of all times. Gary Clement is an award-winning author and illustrator. He has won the Governor General's Award for The Great Poochini. He is the editorial cartoonist for the National Post, and his work has appeared in the New York Times and the Wall Street Journal.
Loading...
or support indie stores by buying on
(This book is on backorder)