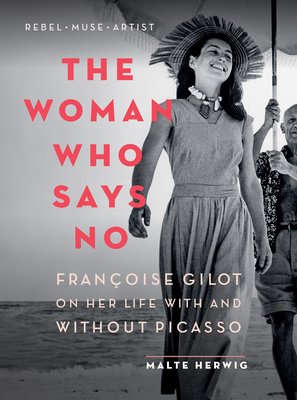 The Woman Who Says No

Françoise Gilot on Her Life with and Without Picasso

An intimate, revealing biography of a talented artist who lived life on her own terms. Pablo Picasso called Fran oise Gilot "The Woman Who Says No." Talented, and feisty, and an accomplished artist in her own right, Gilot left Picasso after a ten-year relationship, the only woman to escape his intense attentions unscathed. From 2012 to 2014, German journalist and author Malte Herwig dropped by her ateliers in Paris and New York to chat with her about life, love, and art. She shared trenchant observations, her sharp sense of humor, and over ninety years of experience, much of it in the company of men who changed the world: Picasso, Matisse, and her second husband, the famous virologist Jonas Salk, developer of the polio vaccine. Never one to stand in the shadows, Gilot engaged with ground-breaking artists and scientists on her own terms, creating from these vital interactions an artistic style all her own, translated into an enormous collection of paintings and drawings held by private collectors and public museums around the world. In her early nineties, she generously shared her hospitality and wisdom with Herwig, who started out as an interviewer but found himself drawn into the role of pupil as Gilot, whom he called "a philosopher of joy," shared with him different ways of seeing the world.

Malte Herwig is a German-born writer, journalist, and literary critic. His articles have appeared widely in U.S., British, and German publications, including the New York Times, the Observer, Vanity Fair, and Der Spiegel.
Loading...
or support indie stores by buying on