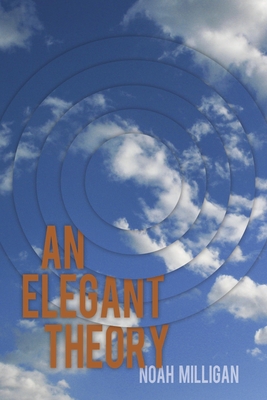 Coulter Zahn sees reality differently than others. Much like light can theoretically be in all places at once, Coulter sees multiple versions of his life. A promising PhD candidate at MIT, he and his young wife are nervously expecting their first child. When his dissertation comes under intense criticism, his estranged mother returns, and Sara tells him she's leaving him, Coulter’s already delicate mental state becomes further fragmented.
One evening, with his life and mental health unraveling, Coulter loses control, irreparably changing the course of the lives around him. But the very next morning, he catches a break in his research, discovering the true shape of the universe. Influenced by those around him and his own untrustworthy psyche, Coulter must decide whether to face the consequences of his actions or finish his research, perhaps making the greatest contribution to science since Einstein’s theory of relativity.
An existential psychological thriller, An Elegant Theory explores how the construction of memory and consciousness can shape motive, guilt, and identity through the lens of a modern-day mad-scientist motif.

Noah Milligan splits his time between words and numbers and is a longtime student of physics, prompting him to write his debut novel, An Elegant Theory, a draft of which was shortlisted for the 2015 Horatio Nelson Fiction Prize. His short fiction has appeared in numerous literary magazines, including MAKE, Storyscape Literary Journal, Empty Sink Publishing, and Santa Clara Review. He is a graduate of the MFA program at the University of Central Oklahoma, and he lives in Edmond, OK, with his wife and two children.

Praise For An Elegant Theory…

“Empty Sink Publishing contributor Noah Milligan has his short story, ‘The Edge of Things,’ published on the Catapult Community feed. It's a great piece of fiction you should check out and share with your friends!” – Empty Sink Publishing “Noah Milligan’s ‘The Deep Down Bone of Desire’ tells the story of a woman on a downward spiral of consumerism and obsessive shopping. It's a work of fiction that will make you think about the many forms the spectre of addiction can appear in. Fantastic work of fiction that embodies a very real phenomenon.” – Adam Dubbin, Publisher, Empty Sink Publishing “From the photographs to the stories and poems to the how-to pieces in this issue, Kindred not only brings the harvest season to life on the page, but also accomplishes its goals of bringing the sense of home and togetherness, fusing two themes of harvest and community. The piece “Brought to You by Anonymous” by Noah Milligan brings this sense out in an unusual way. This short fiction takes a very subtle futuristic story line; if it wasn’t for one law the world has, it could easily take place in 2013. The characters in this story are not allowed to mow their own lawns, and over the course of events, end up living in suburban jungles with run-down cities. The protagonist, an eleven-year-old, socially awkward girl, takes on an almost vigilante-type personae as she leads a group of other girls to illegally perform lawn services on the city by night. Anyone who has ever suffered teen angst of any kind will appreciate those moments.” – Danielle Rohac, Newpages.com

"A delightfully intelligent psychological thriller, Noah Milligan’s debut novel is as ambitious and complex as its main character, Coulter Zahn, who aspires to nothing less than a complete understanding of the universe. An Elegant Theory intrigues the mind, thrills the senses, and keeps the reader engaged straight through to the surprising ending. An auspicious debut." —Rilla Askew, author, Kind of Kin

"An Elegant Theory is a vibrant puzzle of a novel, an unstoppable force—full of twists, turns, and surprises while remaining fully grounded in real life to today. Surely, this is the start of a great literary career." —Jessica Anya Blau, author, The Trouble with Lexie

"An Elegant Theory is a remarkably suspenseful literary novel -- deeply felt, and truly fascinating. Noah Milligan's ambitious debut novel is a page-turning story of obsession, and the human mind stretched to its limit, where we discover both the remarkable power and fragility of our brains." —Peter Mountford, author, A Young Man's Guide to Late Capitalism and The Dismal Science

"An Elegant Theory is a literary Rorschach test, a mind-bending ride, in which 'real' conclusions are elusive, and discovery always waits just beyond the next page." —Michelle Anne Schingler, Foreword Reviews

"An excellent novel for discussion with a group or book club . . . . I believe Noah Milligan is an author to keep an eye on in the future." —booksandpals.blogspot.ca
or
Buy Here
Copyright © 2020 American Booksellers Association