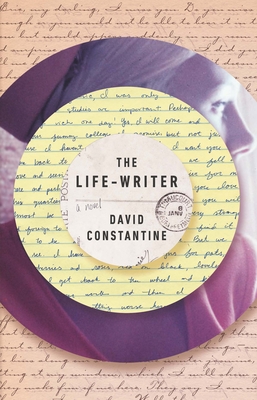 “Occasionally tragic and always tender, Constantine's novel is a moving exploration of the ways in which we relate to the people we love. After the death of her husband, Katrin -- a literary biographer who has dedicated her career to recording the lives of obscure and largely unsuccessful writers -- finds herself drawn to a new project: telling the story of the early life and first love of the man she would later marry. A remarkable story of grief, rediscovery, and reconciliation.”
— Sam Kaas, Village Books, Bellingham, WA
View the List

After the death of her beloved husband, Katrin, a literary biographer, copes with the loss by writing his personal history. While researching the letters and journals he left behind, however, she comes to the devastating conclusion that his life before their marriage was far richer than the one they shared. To understand and recreate the period of his greatest happiness--hitch-hiking through France as a young man, madly in love with his companion, a French girl named Monique--Katrin embarks on a heartbreaking journey to discover the man she never fully knew.

David Constantine is an award-winning short story writer, poet, and, translator. The title story of his North American debut collection of short fiction, In Another Country: Selected Stories (Biblioasis, 2015) was adapted into the Academy Award-nominated feature film 45 Years. He is the author of one previous novel, Davies, as well as four collections of short stories in the United Kingdom, and five collections of poetry. He lives in Oxford, England, where until 2012 he edited Modern Poetry in Translation with his wife Helen.