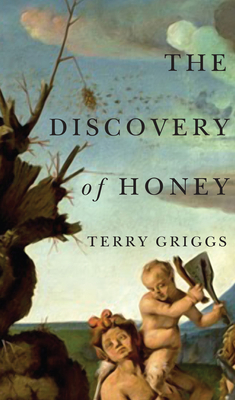 The Discovery of Honey

The Discovery of Honey is a suite of short stories narrated by Hero, its hyper-precocious and nosily omniscient central character. Running wild even before she can walk, Hero goes on riotous road trips, dabbles in DIY dark magic, falls in and out of love with a feral bad-boy cousin, and kills a friendship with home truths. Funny business all around.

Terry Griggs is the author of the Governor General's Award-nominated book Quickening, as well as The Lusty Man, Rogues' Wedding, and Thought You Were Dead. Her popular children's novels include the Cat's Eye Corner series. She lives in Stratford, Ontario.

Terry Griggs is the author of Quickening, which was nominated for a Governor General's Award, The Lusty Man, Rogues' Wedding, shortlisted for the Roger's Writer's Trust Fiction Prize, and Thought You Were Dead. Her popular children's novels include the Cat's Eye Corner series, and, most recently, Nieve (Biblioasis). In 2003, Terry Griggs was awarded the Marian Engel Award in recognition of a distinguished body of work, and in 2010 honoured with the installation of a Project Bookmark Canada plaque in Owen Sound. She lives in Stratford, Ontario.
Loading...
or support indie stores by buying on