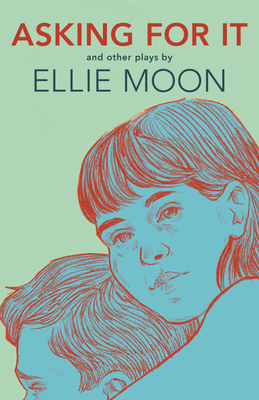 And What I Call Her

Two plays from rising Canadian theatre star Ellie Moon. Asking For It looks at gender roles and sexual consent in the wake of the Ghomeshi scandal, and considers the various ways in which sexual consent is understood personally, culturally, and legally. In this documentary play, Moon speaks with people of all ages and backgrounds about their assumptions and experiences around consent to sexual relations, and with legal experts about the current state of sexual assault law in Canada. What I Call Her is a play about gaps in how people perceive and understand the world they live in, female generational rage, and the loneliness of holding on to one's own truth.

Ellie Moon is a Dora-nominated actor and a playwright. She has acted in stage productions in Canada with Soulpepper, Segal Centre, Crow's, Nightwood, and Thousand Islands Playhouse, and in the UK at Bush Theatre and Tristan Bates Theatre. Her recent onscreen acting work includes the upcoming Canadian indie feature, Adult Adoption (for which she also wrote the screenplay). Ellie's playwrighting debut, Asking For It, premiered as both Crow's and Nightwood's 2017-18 season opener. Her second play, What I Call Her, premiered at Crow's the following year. Ellie's third play, This Was the World, premiered at Tarragon Theatre, where Ellie is currently playwright-in-residence, in their 2019-20 season. Ellie founded the charitable Secret Shakespeare Series.
Loading...
or support indie stores by buying on