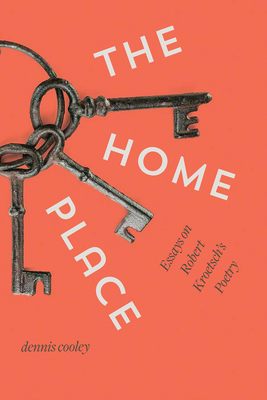 He wants to sit and visit at the kitchen table, and he can hardly wait to get on the road again. --From Chapter 1

Robert Kroetsch, one of Canada's most important writers, was a fierce regionalist with a porous yet resilient sense of home. Although his criticism and fiction have received extensive attention, his poetry remains underexplored. This exuberantly polyvocal text, insightfully written by dennis cooley--who knew Kroetsch and worked with him for decades--seeks to correct that imbalance. The Home Place offers a dazzling, playful, and intellectually complex conversation drawing together personal recollections, Kroetsch's archival materials, and the international body of Kroetsch scholarship. For literary scholars and anyone who appreciates Canadian literature, The Home Place will represent the standard critical evaluation of Kroetsch's poetry for years to come.

dennis cooley was born in Estevan, Saskatchewan. He later moved to Manitoba, where he helped to start the Manitoba Writers' Guild and was a founding member of Turnstone Press. He taught Canadian literature, poetry, creative writing, and literary theory at the University of Manitoba. He has published widely, including well over a dozen volumes of poetry, notably Bloody Jack (2002), and the bentleys (2006). A recipient of the Manitoba Writers' Guild Lifetime Achievement Award, dennis cooley lives in Winnipeg.
Loading...
or
Not Currently Available for Direct Purchase