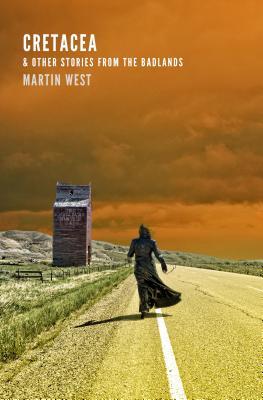 Cretacea & Other Stories from the Badlands (Paperback)

Fiction. Montaigne Medal Finalist. The stories in CRETACEA AND OTHER STORIES FROM THE BADLANDS mostly take place in hot weather, where dust and sweat envelop everyone and everything. A teenage boy spends a summer with his hard-livin', hard- drinkin', messed up uncle and has to fight for a position in his new, temporary "family." A recent widower gets swept up in the world of the local swingers' scene. A band of misfits struggles to survive at a makeshift commune. An eccentric woman with OCD has a strange fetish that involves the prescription delivery boy. For no particular reason, a fossil-collecting, poetry-reading loner decides to turn sniper and shoot up the town--selecting only non-human targets. Asphyxia games with a sexy transvestite go seriously awry. A distraught man enlists his friendly neighbour in a nighttime river search for his lost daughter. Bored and desperate couples in a trailer park find unique ways to work out their kinks. The plans of a primed-for-action threesome are suddenly derailed when a badly beaten dog is spotted tied up to a parking meter. Fossils and prehistoric sleeping creatures, cattle, rivers, dusty highway gas stations, truck stop diners, guys in small towns with dead-end jobs and unfulfilled dreams, the smell of sage and the sound of cicadas in the air, and redemption is nowhere to be found...

This is not the Alberta world of oil and hockey and wheat, but of people at night, living alternate lives, wearing clothes that usually remain hidden in the depths of closets. When they emerge from these closets wearing these clothes, these shopkeepers, lawyers, and students do things to themselves and each other that it would take Freud to explicate. Everywhere in the valley lies the fear of loneliness, the obsession with desire, and the human fixation with the unknown.