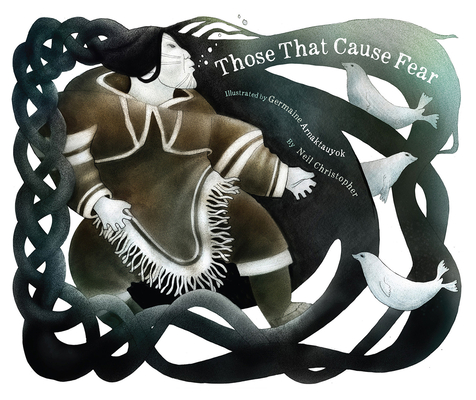 Those that Cause Fear (English)

This book introduces kids to the spine-tingling, hair-raising creatures found in Inuit myths. From the mahahaa, a fearsome creature that tickles people to death to the palraiyuk, a reptilian creature said to have six legs and the body of a snake, this book introduces kids to all the creepy, spooky, and down right scary creatures told about in Inuit traditional myths.

Neil Christopher is an educator, author, and filmmaker. He first moved to the North many years ago to help start a high school program in Resolute Bay, Nunavut. It was those students who first introduced Neil to the mythical inhabitants from Inuit traditional stories. The time spent in Resolute Bay changed the course of Neil’s life. Since that first experience in the Arctic, Nunavut has been the only place he has been able to call home. Neil has worked with many community members to record and preserve traditional Inuit stories. Together with his colleague, Louise Flaherty, and his brother, Danny Christopher, Neil started a small publishing company in Nunavut called Inhabit Media Inc., and has since been working to promote Northern stories and authors.Germaine Arnaktauyok is an Inuit artist and illustrator, best known for her prints and etchings depicting Inuit myths and traditional ways of life. In 1999, she designed the special edition two-dollar coin commemorating the founding of the territory of Nunavut. She is the co-author, with Gyu Oh, of My Name Is Arnaktauyok: The Life and Art of Germaine Arnaktauyok. She lives in Yellowknife, Northwest Territories.
Loading...
or support indie stores by buying on