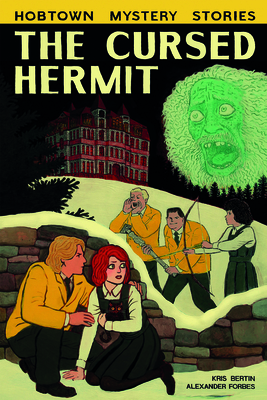 Praise for The Case of the Missing Men:

"This debut would be impressive enough as a mere genre exercise--the perceptive insights into the weirdly hermetic lives of both teenagers and small towns alike, then, are almost a bonus." --The Globe and Mail

Will our Teen Detectives untangle the mystery of Knotty Pines--before it's too late? Brennan and Pauline are looking forward to Christmas break when they're sent to an extra-credit boarding school called Knotty Pines. After attending their first classes, however, they realize they may have stumbled on their weirdest case yet It's not just that the Headmaster and Headmistress are unusually strict, it's that they seem to be controlling their students, transforming them into boneheads and bullies.

On the final night of their stay, the boys and girls are paired up to pledge eternal allegiance to the long-dead Lord Hobb--and to each other--in unholy matrimony Isolated from their fellow sleuths, our intrepid young investigators need to rely on a cast of colourful characters to lift a curse that has plagued the good people of Hobtown for centuries Bizarre, funny, frightening, and heartwarming, this latest installment of the Hobtown Mystery Stories brings our teens one step closer to uncovering the haunting truth of their funny little east-coast village.