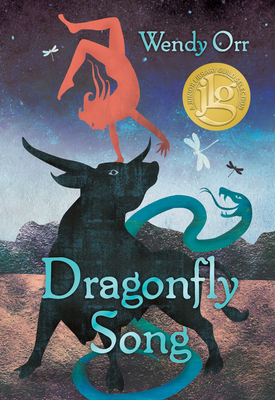 The girl has had many selves in her short life. The first she remembers is Aissa, the daughter of Mama and Dada, sister to Zufi who watched the goats. Then the Bull King's raiders came, and Mama said, "Don't make a sound till I come back." And when the villagers found her she was silent as stone, because Mama never came back again.

So the villagers cursed her as back luck and made her No-Name, lowest of the servants to the Lady, the island's priestess. But there were whispers, as she grew, of another self: of the Lady's rejected first daughter, born imperfect with two extra thumbs. The silent girl looks at the scars on her wrists and wonders, but she has more pressing concerns. The villagers blame her bad luck for the tribute the Bull King now demands of them: two youths given each spring to dance with his bulls and die for his god's glory. And the servants hate and fear the unnatural way the animals all come to her. For Aissa, though, this bond with creatures of fur and scale is the first clue in finding the true self that no one else can give to her, or take away.

Wendy Orr, the author of Nim's Island, introduces a resourceful and resilient heroine for slightly older readers. Inspired by an archeological trip to the island of Crete, where frescoes show figures leaping over the backs of bulls, Orr weaves an intriguing mythological portrayal of the Bronze Age Minoan civilization. Lyrically written and refreshingly unpredictable, Dragonfly Song suggests a fascinating origin for the legend of the Minotaur and his dark tribute.