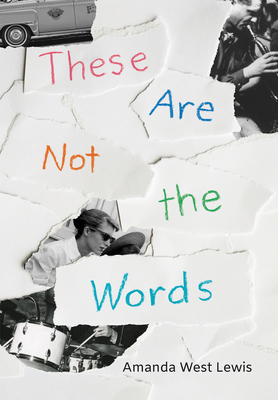 These Are Not the Words

New York City in the 1960s is the humming backdrop for this poignant, gritty story about a girl who sees her parents as flawed human beings for the first time, and finds the courage to make a fresh start.

Missy's mother has gone back to school to pursue her dream of becoming an artist. Missy's father works in advertising and takes Missy on secret midnight excursions to Harlem and the Village so she can share his love of jazz. The two write poems for each other -- poems that gradually become an exchange of apologies as Missy's father's alcohol and drug addiction begins to take over their lives.

When Missy's mother finally decides that she and her daughter must make a fresh start, Missy has to leave her old apartment, her school, her best friend and her cats and become a latchkey kid while her mother gets a job. But she won't give up on trying to save her family, even though this will involve a hard journey from innocence to action, and finally acceptance.

Based on the events and people of her own childhood, Amanda Lewis's gorgeous novel is driven by Missy's irresistible, optimistic voice, buoyed by the undercurrents of poetry and music.