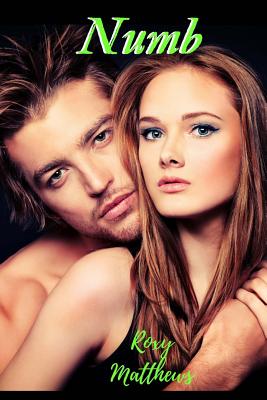 Six years passed since Pale Bay and it's residents saw what mankind's greed was capable of. That was when they first set sights on the Destiny Gem, the first of three mythical Gems meant to become mankind's salvation; The Virtues of Life. The Destiny Gem's aura, it's power was slated for just one, a woman the Gem chose as it's final warrior against a benevolent God threatening to destroy mankind. But time passed, and the residents of Pale Bay forgot the evil that stepped on their soil. However, nothing is as it seems when greed and evil have nothing but time. Shadows now lurk in the darkness once again. A man with dangerous intentions fuelled by fear and greed stalks the streets, his plan set, his motions destined. But when he sways from the plan, he realises that what he craves won't beso easy to get his hands on. Especially not with McBride's P.I.'s toughest, Johnny Tanzer on his tail. Johnny won't be stopped, even if it means shedding blood and taking names later. Because this man took something from Johnny, something he wants back at whatever cost.Will greed prevail, landing the Vitality Gem in the hands of an unpure soul or will Johnny Tanzer stand in his way with the wrath of the Gods?

Roxy Matthews is the author of several self published novels, Misery's Companion, Tools of Terror, From the Depths, and McBride's Gem. With several others due out this year. For over fifteen years at the keys, she worked to hone her skills. She wrote her own column for a local online newspaper, www.sootoday.com titled 'Stepping Stones' before moving onto higher ground with a stint in Suspense Magazine's 2010 edition. Over the years, she continued a steady trek through this difficult industry as she dabbled in short stories, earning a kudos and first place win with 'Watery Grave' and 'Euphoria'. Those wins would seal the deal for her, confirming what she always knew...she could make it, she just needed more time. She has since entered several more contests throughout the years, taking any and all advice she could to move forward. Today, you can watch her on her quest to best seller status with her upcoming releases 'Numb' and 'Second Time Sam', both releasing this year. "One day, I will make my way in this industry, however it may be, but I'll never step off the stones I began treading on over a decade ago. Instead, I will find my way across the path to where I was always meant to be."
Loading...
or
Not Currently Available for Direct Purchase