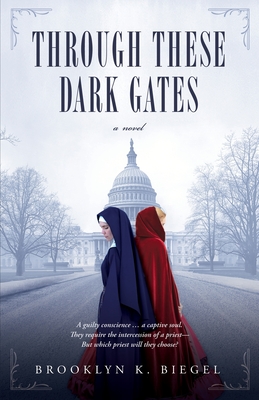 Through These Dark Gates

"KATHERINE FLETCHER... YOU MUST REALIZE THAT IT IS ALWAYS GOD'S WILL THAT A YOUNG GIRL OFFER HERSELF WILLINGLY UPON THE ALTAR OF SERVICE TO THE CHURCH OF ROME."

Kate Fletcher can never forget that she is the orphaned child of an adulterous woman-it is the reason she lives at the Magdalene Asylum. Her fate as a stigmatized member of society is sealed, and it is her duty to atone for her mother's sin by binding herself irrevocably to the Roman Catholic Church as a Sister of Mercy.

Union Sergeant John Dallington will not allow distant regrets to follow him. He is a Protestant, and a past littered with painful secrets can neither threaten his identity in the doctrines of Reformed theology nor shake the confidence inherited through his patriarchal role as father to his two children-until he meets Sister Kate.

Set against the backdrop of the nineteenth-century Irish immigration movement and the American Civil War, this fascinating story follows the lives of Kate and John as they collide amidst the turmoil and treachery of a war-torn Washington, DC, where they both are forced to grapple with questions about their pasts, their choices, and the will of God. The rebellious but furiously honest Collette Clayton, the tobacco-chewing illiterate Private Jack Gunderson, the confirmed bachelor and pragmatic skeptic Dr. Robert Hall, and the fiery Scottish midwife Ellen Kelly are just a few of the unforgettable secondary characters who play into the intriguing subplots of this rich piece of historical fiction.

Exploring themes of innocence and betrayal, slavery and free-will, and the conflict between the search for romantic fulfillment and the quest to find peace with God and oneself, Through These Dark Gates is a compelling novel about a young woman's journey-and one man's battle-through the labyrinths of religious skepticism and self-deception toward ultimate self-realization and the knowledge of what it means to be truly free.