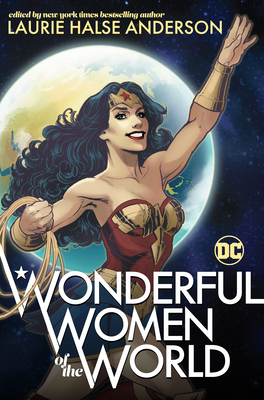 Wonderful Women of the World

...they've been doing it for centuries. Now New York Times bestselling author Laurie Halse Anderson has gathered female and nonbinary writers and artists to reveal the women making our world better day by day. Real-world heroes who exemplify the best of Wonder Woman herself: her strength, compassion, and commitment to truth, equality, and justice.

Laurie Halse Anderson is a New York Times bestselling author known for tackling tough subjects with humor and sensitivity. Two of her books, Speak and Chains, were National Book Award finalists, and Chains was also short-listed for the United Kingdom's Carnegie medal. She was selected by the American Library Association for the Margaret A. Edwards Award for her significant contribution to young adult literature. Laurie has also been honored for her battles for intellectual freedom by the National Coalition Against Censorship and the National Council of Teachers of English. She is a member of RAINN's National Leadership Council and frequently speaks about sexual violence.
Loading...
or support indie stores by buying on