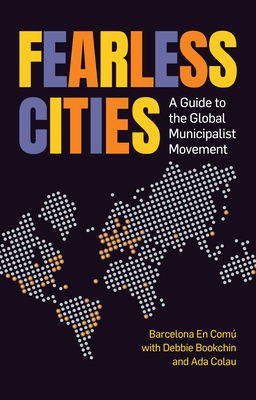 A Guide to the Global Municipalist Movement

In a world in which fear and insecurity are being twisted into hate, and inequalities, xenophobia and authoritarianism are on the rise, a renewed municipalist movement is standing up to defend human rights, radical democracy and the common good.

In 2015 in Spain, housing rights activist Ada Colau was elected mayor of Barcelona, and movements from the squares won local elections across the country on manifestos pledging to tackle corruption and radicalize democracy. In the United States, cities are on the front line of resistance to Trump, standing up for diversity, women's and LGBTI rights, and working to tackle climate change. In Turkey and Syria, Kurdish democratic confederalism is a beacon of participatory democracy, feminism and human rights in a sea of violence and discrimination. In Latin America, new municipalist movements are springing up and working to fight poverty and inequality by building economic alternatives from below.

The theoretical underpinnings of municipalism, including the politics of proximity and the movement's role in feminizing politics and stopping the far right.

Examples of real radical policies being implemented in town and cities across the world to guarantee the right to housing, remunicipalize basic services and democratize decision-making.

Practical organizing strategies and tools from municipalist platforms, from how to draw up a participatory manifesto to how to crowdsource funding or hold a neighbourhood assembly.

Profiles of 50 pioneering municipalist platforms from around the world.