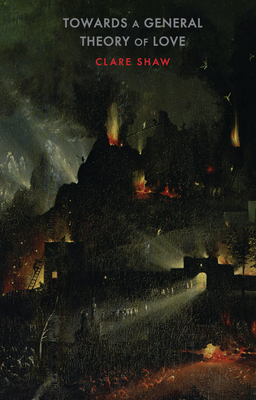 Towards a General Theory of Love

Clare Shaw's fourth collection Towards a General Theory of Love shows that poetry can say as much as about who we are - and especially how we feel - as psychology. They also feed each other. Harry Harlow's famous experiments on baby monkeys changed the course of psychology. They proved that we need care, contact and love - and they inflicted profound and lasting suffering on their subjects. Clare Shaw's poems in Towards a General Theory of Love are driven by the same furious need to understand the experience of love and its absence. Harlow's findings, attachment theory, mythology and art are set alongside stories of attraction, grief and desire. The book is inhabited by the character of Monkey, who shows by example how early attachments and trauma may shape us, but how ultimately the individual - like the reader - will come to realise her, his or their own general theory and practice of love.

Clare Shaw was born in Burnley in 1972. Her first two collections with Bloodaxe were Straight Ahead (2006), which was shortlisted for the Glen Dimplex New Writers' Award for Poetry and attracted a Forward Prize Highly Commended for Best Single Poem, and Head On (2012), which according to the Times Literary Supplement is 'fierce, memorable and visceral'. Her later collections are Flood (2018), a New Writing North Read Regional title in 2019, and Towards a General Theory of Love (2022), written after winning a Northern Writers' Award. She is co-director of Kendal Poetry Festival, a Royal Literary Fund Fellow, and a regular tutor for the Writing Project, the Poetry School, Wordsworth Grasmere and Arvon. She also works as a mental health trainer and consultant and has taught and published widely in the field, including Our Encounters with Self-Injury (eds. Baker, Biley and Shaw, PCCS 2013) and Otis Doesn't Scratch (PCCS 2015), a unique storybook resource for children who live with self-injury. Along with the novelist Winnie M Li, Clare was the recipient of a Royal Society of Literature Literature Matters award in 2019, creating workshops and an online resource for survivors of trauma. In 2021, she co-wrote and presented Four Ways to Weather the Storm for BBC Radio Four, examining the relationship between creativity, landscape and resilience. Clare lives above Hebden Bridge with her daughter and their two pet rats.
Loading...
or support indie stores by buying on