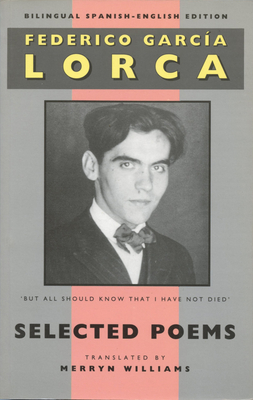 A new dual-language edition of poems from Spain's greatest modern poet and dramatist.

Federico Garc a Lorca was murdered by Fascist partisans in 1936, shortly after the outbreak of the Spanish Civil War. He was by then an immensely popular figure, celebrated throughout the Spanish-speaking world, and at the height of his creative powers. After his death, with his work suppressed, he became a potent symbol of the martyrdom of Spain. The manuscript of Lorca's last poems, his tormented Sonnets of Dark Love, disappeared during the Civil War. For fifty years the poems lived only in the words of the poets who had heard Lorca read them, like Neruda and Aleixandre, who remembered them as 'a pure and ardent monument to love in which the prime material is now the poet's flesh, his heart, his soul wide open to his own destruction'.

Lorca's lost sonnets were re-discovered in Spain during the 1980s, and Merryn Williams's original 1992 edition of his Selected Poems was the first to include English translations of these brooding poems. This new dual-language Spanish-English edition of her iconic translation draws on the full range of Lorca's poetry, from the early poems and the gypsy ballads to the agitated Poet in New York sequence and the Arab-influenced gacelas and casidas which followed his American exile. It includes the Lament for Ignacio S nchez Mej as, Lorca's great elegy for his bullfighter friend, as well as the full text of his famous lecture on the duende, the daemon of Spanish music, song, dance, poetry and art. In these remarkable translations, Lorca's elemental poems are reborn in English, with their stark images of blood and moon, of water and earth; of bulls, horses and fish; olives, sun and oranges; knives and snow; darkness and death.