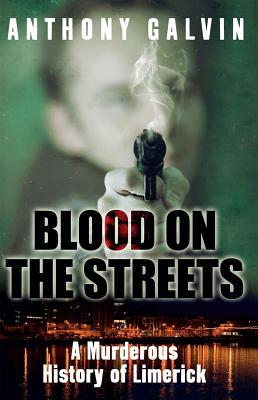 Blood on the Streets

The True Story of Limerick's Gangland

Limerick is known as the Treaty City, commemorating the site where peace was made during one of Ireland’s bloody wars. However, since the 1980s the city’s reputation has been tainted by gang feuds, earning it the infamous nickname "Stab City." In Blood on the Streets, Anthony Galvin explores the many notorious murders that have been perpetrated in the city over the years, including the case of Deborah Hannon, who, along with her father’s lover, Suzanne Reddan, hacked her best friend to death with a Stanley knife. Galvin recounts the murder of Detective Garda Jerry McCabe, shot by the IRA during a botched armed robbery, and the story of the last man hanged in Ireland following his conviction of the rape and murder of a nurse on a quiet suburban road. Blood on the Streets also spotlights the city’s hit men, including the only hit man in the country to have been convicted of murder twice, and delves into some of the most notorious of the recent gangland killings.

Anthony Galvin is the author of several true-crime books, including The Cruellest Cut: Irish Women Who Kill, Inside Man (with Philip Bray) and the forthcoming Ring of Death: Famous Kerry Murders.
Loading...
or
Not Currently Available for Direct Purchase