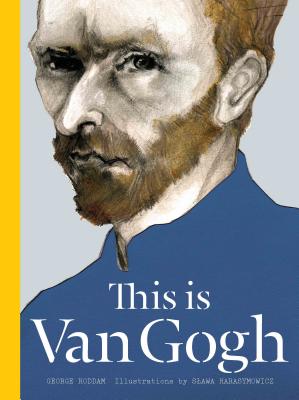 Vincent van Gogh used art to express his intensely emotional response to the world around him. Enraptured by the beauty of nature and tormented by the sorrows of human existence, he produced in his tragically short life some of the most powerfully expressive paintings ever seen.

Many have made the mistake of thinking him mad, and he did suffer throughout his life periods of mental anguish. But Van Gogh's paintings are not the works of a madman.

Van Gogh famously sold only one painting during his life, but within a few years of his death he was recognized as one of the greatest modern painters.

This title is appropriate for ages 14 and up

Catherine Ingram obtained a First Class Honours degree at Glasgow University. After an MA in 19th Century art at the Courtauld Institute of Art, Catherine became a graduate scholar at Trinity College, Oxford. After finishing her D.Phil, she was made a Prize Fellow at Magdalen College, Oxford.

George Roddam has taught art history at universities in the UK and US. His research focuses primarily on European modernisms. He lives in southeast England with his wife and two sons.

Slawa Harasymowicz is a Polish artist based in London. Following the release of the graphic novel The Wolf Man, she had a solo exhibition at The Freud Museum, London. She was a member of the V&A Award's jury in 2010.
Loading...
or
Not Currently Available for Direct Purchase