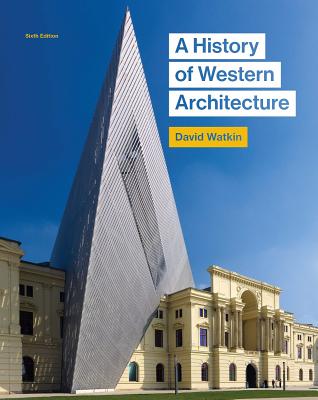 A History of Western Architecture

In this highly acclaimed reference work David Watkin traces the history of western architecture from the earliest times in Mesopotamia and Egypt to the eclectic styles of the twenty-first century. The author emphasizes the ongoing vitality of the Classical language of architecture, underlining the continuity between, say, the work of Ictinus in fifth-century BC Athens and that of McKim, Mead and White in twentieth-century New York. Authoritative, comprehensive and highly illustrated, this sixth edition has been expanded to bring the story of western architecture right up to date and includes a separate final chapter on twenty-first century developments, including the role of computers in architecture, sustainability, humanitarian architecture, and very tall buildings.

David Watkin is Emeritus Professor of the History of Architecture at the University of Cambridge and an Honorary Fellow of the Royal Institute of British Architects. His many books include Sir John Soane: Enlightenment Thought and the Royal Academy Lectures (1996), Morality and Architecture Revisited (2001) and The Roman Forum (2009).
Loading...
or support indie stores by buying on