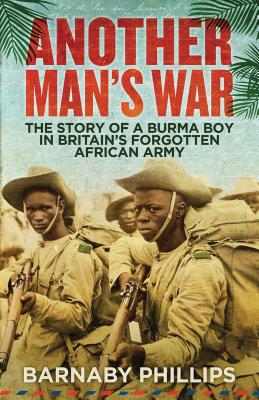 The Story of a Burma Boy in Britain's Forgotten Army

Named one of the Best Books of 2014 by NPR
"Riveting. It's an extraordinary story, well-researched and beautifully told -- but not about the World War II you might know. Barnaby Phillips writes about humanity and compassion from the perspective of a Nigerian soldier whose forgotten colonial unit fought for the British Empire in then-Burma. Sixteen-year-old Isaac Fadoyebo is one of the "Burma Boys" who found themselves battling determined Japanese soldiers far away from home. Wounded and left for dead in the jungle, Isaac and Sierra Leonean David Kargbo survive only thanks to the goodness of a local villager, Shuyiman, and his family. Phillips delves deep into relationships, identity and much more in this stunning book. I couldn't put it down."--Ofeibea Quist-Arcton, NPR correspondent In December 1941 the Japanese invaded Burma. For the British, the longest land campaign of the Second World War had begun. 100,000 African soldiers were taken from Britain's colonies to fight the Japanese in the Burmese jungles. They performed heroically, yet their contribution has been largely ignored. Barnaby Phillips travelled to Nigeria and Burma in search of "Burma Boy" Isaac Fadoyebo, the family who saved his life, and the legacy of an Empire. This is Isaac's Story.

Barnaby Phillips is a senior correspondent for Al Jazeera English, which he joined at the time of its launch in 2006. His documentary Burma Boy won the prestigious CINE Golden Eagle Award. Previously, he was for 15 years a correspondent for the BBC, reporting primarily from Africa. Phillips grew up in Kenya and now lives in London.
Loading...
or
Not Currently Available for Direct Purchase