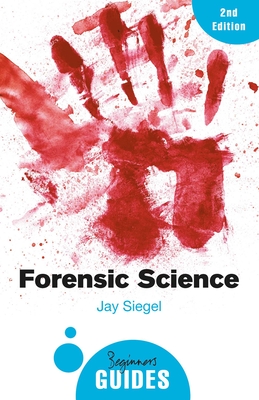 In the wake of the phenomenal success of crime shows like CSI, forensic science has never been so popular. The obsessive attention that Grissom and his crew afford seemingly insignificant details, such as particles of dirt in a bullet wound and the presence of pollen in tyre tracks, have left audiences eager to know more about this field of study.

In this fully revised and updated edition, real-life examples come under the scalpel as forensic scientist Jay Siegel follows the course of evidence all the way from the crime scene to the court judgement. In Forensic Science: A Beginner’s Guide, all major areas are covered, including drugs, trace evidence, pathology, entomology, odontology, anthropology, crime scene investigation and the law.

‘Easy to understand yet rigorous. His discussion of bias is outstanding and should be read by everyone with any interest in forensic science.’
— Professor Chris Tindall – Director of Criminalistics, Metropolitan State University of Denver

‘Highly recommended reading for anyone who wishes to understand this area of growing importance beyond the simplistic treatment normally afforded forensic science through television and other media.’
— Simon Lewis - Professor of Forensic and Analytical Chemistry at Curtin University

'Jay Siegel's forte has always been forensic science education that strength shines through in Forensic Science: A Beginner's Guide. Clear, concise, and offering an insightful perspective on a popular topic. Siegel makes the complexity and importance of forensic science understandable to anyone'
— Max M. Houck - Director of the Forensic Science Initiative and co-author of Fundamentals of Forensic

Jay Siegel is Chair of the Department of Chemistry and Chemical Biology, and Director of the Forensic and Investigative Sciences Program, at Indiana University-Purdue University, Indianapolis. He is also a recipient of the prestigious Distinguished Fellow award from the American Academy of Forensic Sciences.
Loading...
or
Not Currently Available for Direct Purchase