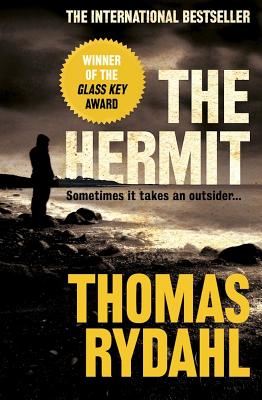 WINNER OF THE GLASS KEY AWARD - previous winners include Henning Mankell, Jo Nesb , Karin Fossum, Stieg Larsson and Arnaldur Indridason A car is found on a deserted beach on the Spanish island of Fuerteventura. On the back seat lies a cardboard box containing the body of a small boy buried in newspaper cuttings. No one knows his name, and there is no trace of a driver. The last thing an ailing tourist resort needs is a murder, and the police are desperate to close the case. The island is rife with rumours about the reclusive Erhard. Two decades of self-imposed exile from his wife and children have left him alienated and alone, whiling away his days in a drunken haze, driving an old taxi to get by. This unlikeliest of detectives determines to solve the crime himself - and he has nothing to lose. But how can one old man, cut off from the modern world, solve a murder whose dangerous web of deceit stretches far beyond the small island? And what if the killer forces Erhard to confront his own long-buried past? Winner of the prestigious Glass Key Award and an instant bestseller in Denmark, The Hermit is taking the international publishing world by storm. Acutely observed and psychologically penetrating, this is existential noir at its finest.

THOMAS RYDAHL is a writer and translator. The Hermit is his debut novel and was awarded the Danish Debutant Award, the first time in the award's history that it has gone to a thriller. The Hermit has since gone on to win the prestigious Glass Key Award for the best Nordic crime novel and the Harald Mogensen Prize for the best Danish crime novel. Thomas lives with his wife and daughter in Fredensborg, Denmark. K. E. SEMMEL is a writer and translator whose work has appeared in Ontario Review, Washington Post, World Literature Today and elsewhere. He is a recipient of numerous grants from the Danish Arts Foundation and is a 2016 NEA Literary Translation Fellow. He lives in Milwaukee, America.
Loading...
or
Not Currently Available for Direct Purchase