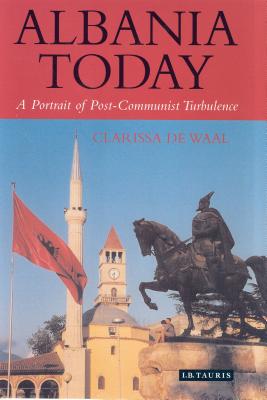 Portrait of a Country in Transition

Albania is one of the youngest European states and the last country to emerge from the collapse of Ottoman Turkish power at the beginning of the 20th century. Underlying Albania's often-turbulent history is an extraordinary archaeological heritage of international significance, the evidence of which is to be found everywhere in the cities and countryside, hills and mountains. Each year, thousands of tourists visit Albania, drawn primarily to the vast archaeological site at Butrint - now almost forgotten, but viewed by historians as the Marseilles of its time as late as the Middle Ages - but also experiencing a number of the other archaeological and heritage sites which Albania has to offer, including Shkodra, Apollonia and Berat. In addition to these sites, there are a number of lesser-known, but nonetheless exquisite sites and monuments which visitors are often unaware of. This guide provides a unique introduction to 50 of Albania's archaeological sites, enabling visitors to enjoy the best-known sites, but also to venture out to the more remote monuments, many in stunning locations.
This book will lead the visitor in the footsteps of Odysseus, Caesar and Lord Byron, through Illyrian valleys and over breathtaking mountain passes to explore the beautiful country of Albania and its archaeological heritage.

Oliver Gilkes is Senior Research Associate at the Institute of World Archaeology, University of East Anglia. He has worked extensively on the excavations at Butrint and in collaboration with The Butrint Foundation.
Loading...
or
Not Currently Available for Direct Purchase