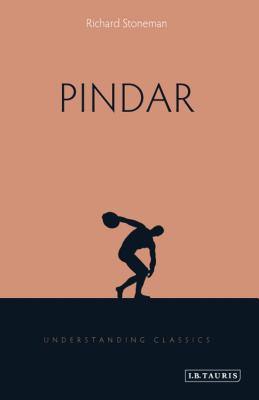 The 6th/5th century bce Greek melic (or songwriting) poet Pindar was the most celebrated lyricist of antiquity. His famous victory odes offer a paean to the heroic athlete, and are an attempt to encapsulate, through choral songs of acclamation, the glory of the sportsman's moment of triumph at a variety of Panhellenic festivals including the Olympic Games. His other poems, collected in thirteen books, are largely lost or fragmentary - except for the Paeans - but were devoted to the praise of gods and heroes. Yet Pindar, though still respected, is now considered a difficult poet, and is sometimes dismissed as a reactionary. In this wideranging introduction, Richard Stoneman shows that Pindar's works, even where they seem obscure, follow a logic of their own and reward further study. An unmatched craftsman with words, and witness to a profoundly religious sensibility, he is a poet who takes modern readers to the heart of Greek ideas about the gods, fleeting human achievement and mortality. Theauthor examines questions of performance and genre; patronage; imagery; and reception, from Horace to the twentieth century.

Richard Stoneman is Honorary Visiting Professor in Classics at the University of Exeter, the author of many books, and editor of the Understanding Classics series.
Loading...
or
Not Currently Available for Direct Purchase